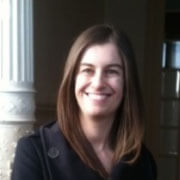 I have 20 years of experience writing for a living. I’m the author of the Random House memoir, Girl Walks into a Bar (also published by HarperCollins in the U.K.), which traced my life from 20 to 30 in the New York media world and Hollywood. I’ve published features and cover stories in The New York Times Magazine, The New York Times, The Los Angeles Times, Elle, Details, Spin, Salon, and Vogue on topics ranging from psychology to science to popular culture. I’ve interviewed subjects from Oprah Winfrey to Cate Blanchett to Miranda July. My short stories, essays, and poetry have appeared in The Believer, Swink, Zyzzyva and Open City - and that work has been nominated for a Pushcart Prize twice. In my capacity as an editorial consultant/book coach I provide line and copy edits, fundamental restructuring, and idea-generation on everything from novels to memoirs to essay collections. My emphasis is on positive encouragement and being to the point. I've been awarded residencies at the Ucross Foundation, Virginia Center for the Creative Arts, and The Helene Wurlitzer Foundation. I graduated with honors from Barnard College - where I received the Hamilton Award for Promise in Journalism - and began my career as an editor at Condé Nast Traveler magazine.